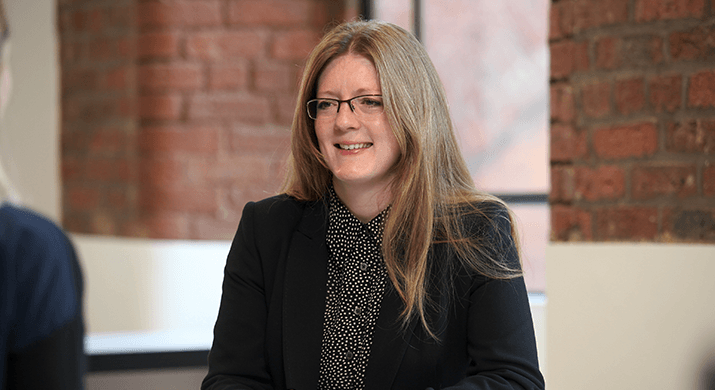 Is confidentiality being curbed? A review of the use NDAs in settlement agreements
Chloe Pugh

A recent select committee report on the hot topic of non-disclosure agreements could lead to employers who use settlement agreements having to pay all of the fees for an employee’s legal advice; board level executives having to sign off confidentiality clauses; and employees who sign settlement agreements being able to raise concerns about harassment and discrimination.
So what does this mean for you?

Introduction
Settlement agreements are a valuable tool for employers and employees alike. They allow both parties to move forward from a difficult situation whilst giving employers the security of protection from future tribunal claims and employees a guaranteed and quick resolution as opposed to a potentially drawn out and distressing litigation process.

Recently however, there has been a lot of media attention on the confidentiality aspect of settlement agreements, sometimes referred to as non-disclosure agreements or NDAs, and on 11 June 2019 the Women and Equalities Select Committee published its report (https://publications.parliament.uk/pa/cm201719/cmselect/cmwomeq/1720/1720.pdf) on the use of NDAs in discrimination and harassment cases. The report found that NDAs are routinely being used to silence employees about allegations of unlawful harassment and discrimination and it expressed concern that the imbalance of power between employers and employees means that employees can feel they have no choice but to accept a settlement which stops them speaking out. The report makes a number of recommendations for the government, employers and lawyers to address these concerns. Here we discuss some of the more significant of these recommendations and consider what they may mean for employers going forward.

What is a “non-disclosure agreement”?
By way of background, non-disclosure agreements are commonly used in transactions where trade secrets need to be protected or there is an element of commercial sensitivity and so are signed to protect the parties’ legitimate business interests. However, the Women and Equalities Select Committee report defines an NDA as a contract that contains clauses that restrict what a signatory can say or who they can tell about something, and are commonly referred to as “gagging clauses”. This therefore extends to settlement agreements where such clauses are common, even in non-contentious situations, as the employer will want to ensure that the employee cannot disclose certain facts, such as how much money they received, or make public comments about how their employment came to an end. That means these clauses, which are often used entirely appropriately and without issue, are now under scrutiny and employment lawyers are having to consider when and how they are included in settlement agreements.

Recommendations from the report
The report makes a number of recommendations with a view to moving to a new norm where employers settle disputes without routinely using NDAs in settlement agreements. It recommends that if confidentiality and non-derogatory clauses are to be used, they are drafted in a clear manner which specifically sets out what information can be shared and with whom.

Evidence was given to the Committee of employers failing to adequately address grievances about harassment and discrimination, in some cases with no investigation at all if a settlement is reached, and of employees signing agreements to ensure they would get a good reference. The report therefore recommended that the government raises awareness on how to handle grievances appropriately, and it should consider whether to require that employers investigate all complaints of discrimination and harassment, even if a settlement is reached. It also recommended that legislation is brought in within 12 months requiring employers to provide a basic reference for all former employees.

The government is asked to ensure that NDAs do not stop employees raising legitimate issues about allegations of harassment and discrimination, but that they still provide a route for victims to move on from such alleged incidents if they so choose. The report also recommended that legislation should be brought forward to ensure that NDAs cannot prevent employees from sharing information that may support a colleague’s claim for harassment.

The government had previously proposed that the required legal advice for employees on settlement agreements should also include advice on the scope of any confidentiality clause and what the employee could still disclose. The current report asks that the advice also covers the reasonableness and validity of the confidentiality clause, and recommends that the employer should pay for all the associated legal costs, even if the worker wishes to negotiate on the confidentiality terms and even if they don’t sign the agreement.

The report seeks to place more responsibility on employers to prevent such issues arising in the first instance, as the government is asked to strengthen corporate governance requirements to ensure that employers provide appropriate protection to their employees from harassment and discrimination. As an extension of this, it recommends that named senior managers at board level (or equivalent) must oversee the use of NDAs in discrimination and harassment claims as well as the relevant policies prohibiting such behaviour.

The Committee repeats its request that the government creates a mandatory duty on employers to protect workers from victimisation and harassment in the workplace, and to increase the compensation that a tribunal can award to successful claimants in such cases, including the power to award punitive damages against an employer.

Can you still use a settlement agreement, and if so, how?

Settlement agreements containing confidentiality clauses can still be used, but it is prudent to ensure that confidentiality provisions are only used where, and to the extent, absolutely necessary, and they do not stop the employee from speaking to the police or other appropriate individuals, or disclosing a concern to a regulatory body. The wording should make it clear that whilst the agreement is confidential, the employee can, for example, speak to their doctor or therapist should they wish.

Settlement agreements often contain exclusions to the confidentiality clause which permit the employee to discuss the agreement as may be legally required, or with their partner or spouse, or to make a protected disclosure. Such wording is likely to differentiate such a settlement agreement from those that are under the spotlight at present, and it is recommended that such exclusions continue to be used.

Conclusion
The Women and Equalities Select Committee report criticises the routine use of NDAs, so serious consideration should be given to situations where a confidentiality clause is required simply because that has always been the way. If an employer wishes to include and rely upon a confidentiality clause in a settlement agreement then the issues of necessity and reasonable scope must be addressed in each individual case, and the wording must be drafted accordingly.

It is worth noting that the report recommends the introduction of a mandatory duty on employers to prevent harassment in the workplace, which is a step beyond the current position that employers must have meaningful and robust anti-discrimination and harassment policies and training in place if they are to be able to defend a claim of harassment or discrimination, even if the claim arises out of the conduct of a rogue employee. The report has also drawn attention to the fact that many employers fail to investigate complaints of discrimination or harassment adequately or at all.

For many employers, guaranteeing confidentiality is a key part of a settlement agreement, and often forms part of the reason for offering a payment of compensation in the first instance. Whilst confidentiality clauses can still be used, it is important that they are properly drafted to ensure they are enforceable and do not unreasonably or unjustly restrict an employee from discussing their experience at work.

Our team can draft settlement agreements for you, and can also provide training for you and your managers on discrimination and harassment and on handling grievances and investigations – https://www.pannoneacademy.com